http://NewsBall.com This video has over 2 million views in 1 day. It has gone viral simply because – she is pretty. ‘Go ahead and marry me off – I’ll kill myself’: Escaped child bride, 11, explains why she ran away from home

A harrowing video has been posted on online of an 11-year-old Yemeni girl who claims she ran away to escape an arranged marriage.

Nada al-Ahdal says she was only saved from the forced engagement after her uncle intervened.
‘Go ahead and marry me off – I’ll kill myself,’ she warns in the video, dated July 8, and posted on YouTube.

‘Don’t they have any compassion?’ I’m better off dead. I’d rather die.’
She continues: ‘It’s not [the kids’] fault. I’m not the only one. It can happen to any child.’
‘Some children decided to throw themselves into the sea, they’re dead now. They have killed our dreams, they have killed everything inside us. There’s nothing left. There is no upbringing. This is criminal, this is simply criminal.’
In the video filmed in a car, she explains why she does not want to leave her family home saying: ‘I would have had no life, no education,’ she says in the video.

The video finishes with her stating: ‘I’m done with you, you ruined my dreams.’
The schoolgirl. one of eight children, was taken in by her uncle Abdel Salam al-Ahdal, when she was aged three.
But when a Yemeni expatriate living in Saudi Arabia asked her parents if he could marry her, they readily agreed.

In an interview with National Yemen, Nada accuses her mother of arranging the marriage for profit.

‘But I’m not an item for sale,’ she says.
‘I’m a human being and I would rather die than get married at this age.’
Nada, has an 18-year-old sister who has already been engaged many times.
Her parents accepted each new proposal and took a partial down payment for a bride price.

They would then postpone the marriage until the groom had accumulated enough money before ending the engagement and keeping the down payment.
Her uncle was horrified his young niece who lived with him, his son and his elderly mother was being married off.

He told NOW: ‘When I heard about the groom, I panicked. Nada was not even 11 years old; she was exactly 10 years and 3 months. I could not allow her to be married off and have her future destroyed, especially since her aunt was forced to marry at 13 and burnt herself.
‘I did all I could to prevent that marriage. I called the groom and told him Nada was no good for him. I told him she did not wear the veil and he asked if things were going to remain like that. I said ‘yes, and I agree because she chose it. I also told him that she liked singing and asked if he would remain engaged to her.’

Her parents were not happy the engagement was called off and demanded that Nada be returned home to them.
But following her return home, Nada disappeared after her parents tried to marry her off again against her will.

When her uncle found her again, he informed authorities and Nada was eventually allowed to return to live with her uncle, her father’s brother – she then posted the horrifying video online.
The practice of marrying young girls is widespread in Yemen and has drawn the attention of international rights groups seeking to pressure the government to outlaw child marriages.
Yemen’s gripping poverty plays a role in hindering efforts to stamp out the practice, as poor families find themselves unable to say no to bride-prices in the hundreds of dollars for their daughters.
More than a quarter of Yemen’s females marry before age 15, according to a report in 2010 by the Social Affairs Ministry.

Tribal custom also plays a role, including the belief that a young bride can be shaped into an obedient wife, bear more children and be kept away from temptation.

مؤسسة ندى | Yemen you probably know stands in pain and in blood – its borders breached, its …

مؤسسة ندى | 15-year-old Mustafa, the son of a former high-ranking Emir, says his father was … 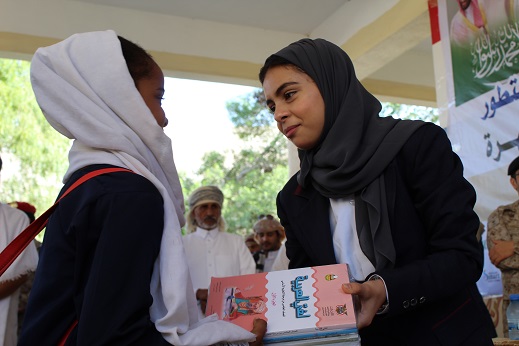